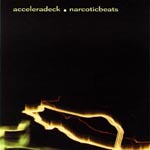 Is it wrong for a project to have its clinamen before the rules have even fully been established? I’ve never actually owned a copy of this CD. At some point in the summer of 2000, I acquired a copy of this online in MP3 format; it was one of the two albums on my iBook when I moved to Rome in August of 2000. (The other was Neutral Milk Hotel’s In the Aeroplane over the Sea; I don’t think there were any loose songs.) The iBook, of course, had a tiny hard drive – 6 Gb, maybe? – but I did consciously want to ditch everything and start fresh. The only book I took that was not Rome-related was my copy of Ulysses, I think. Everything else went into storage: with friends; in the Co-op basement; or to be lost in a warehouse somewhere in north Somerville. I don’t think I’ve ever seen a physical copy of this CD – or the LP, which has another track – as I probably would have bought it, but my relationship with this record is at least in a sense proprietary. I’m sure this wasn’t the first record that I liked without owning; but this fits in at about the time ownership started to feel incidental.

Was this the last record I knew by heart? No. But it was on the way to that, you could see that coming. This was still a point in time when my relationship with media was defined, at least in part, by scarcity. I listened to this record over and over again because I couldn’t find much else like it. Part of that was defined by the sound: this record sounds like the lost My Bloody Valentine record should have sounded, a weird amalgam of shoegaze wall-of-noise with drum and bass beats. Later this would come to seem pedestrian; at that moment, it didn’t sound like anything else, or at least anything else that I knew. What “that moment” might mean is unclear in retrospect; looking at Discogs, this record came out in 1998, which seems right: was anybody trying to do drum and bass by 2000? Maybe it was a personal moment, though one wanted to feel there was something beyond that. One of the tracks from this ended up on the soundtrack to the Michael Almereyda Hamlet, the one with Ethan Hawke and Julia Stiles, with Kyle MacLachlan as Claudius, which I saw in the Pasquino in Trastevere; at a certain point “Greentone” played, and I had a moment of recognition. That soundtrack also had Four Tet (“Calamine”) & Primal Scream (“Slip Inside This House”), both of which I was listening to at about that time, and I felt, briefly, one step ahead of the culture industry. One could feel educated for recognizing the spines of Mayakovsky being used as set decorations. Obviously all of this was ridiculous. I would like to see that movie again, though.

Listening to this record now, I can see why I liked it: it wavers between sad and blissed out, and there’s enough tonal variation to keep things interesting. The drones don’t feel quite as dense as they felt then. Parts of it feel distinctly heavy-handed; what I like best are the parts at the end of the tracks where things feel unsure. The problem is the drumming: a beatless version of this might be very nice, but the later, more ambient tracks, do tend to drag. Some of it feels too cinematic, too overly dramatic. You can see why it would work as a personal soundtrack – I feel like at that point in time I was using a Minidisc player (a purchase made with vague ideas about field recordings) as a Walkman – but you wonder about the sort of person who would choose to use this as a personal soundtrack.

I did end up buying myself a copy of this on vinyl, which comes with a twenty-minute long fourth side, which is more of the same drones-n-drum-n-bass, although not as interesting as I remember hoping it would be when I was fruitlessly looking for this record in record stores. (The impulse to own was still strong: just having a copy of the MP3s wasn’t enough then. It was also true that my hard drive wouldn’t hold more than two hundred songs or so at the time. And it is true that the vinyl is a lovely key lime: it’s hard not to like something so cheerfully colored!) I’m not actually sure that Accelera Deck was, in the end, a particularly interesting artist; the guy put out huge numbers of releases, some of which I dutifully listened to and none of which, aside from this one, the first I heard, ever made any impact on me. (There was also the sense that he was tending a row that had already been thoroughly picked.) Later I think he ended up in the noise scene, which maybe makes sense. Maybe he’s found somebody to appreciate him.