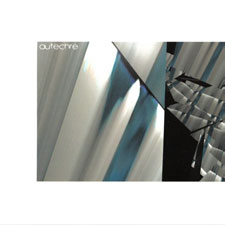 An unfortunate consequence of lack of faith is that it’s impossible to experience loss of faith. Valuing the loss of faith is, of course, libertine reasoning, emphasizing the value of belief in negative, but it is how I was thinking at a certain point in time. One doesn’t value faith as much when one has it; but one can’t really appreciate that until it’s gone and you’re outside of that perspective. It’s a tricky thing.

It’s hard to remember now how devoted I was to Autechre in 2001: as much of a completist about them as I was about any band, I had bought several of their CDs twice over, generally a expensive imports, as it seemed impossible that I could be living somewhere with a copy of Amber or Envane. Things like Napster existed in 2001, of course; but they were generally low-bitrate single track affairs, and over an Italian dialup connection it seemed like it took forever. And Autechre were as important to me as any band – the word is wrong, but “group” also has problems. I remember stumbling out of the Let’s Go office at dawn, or what seemed like dawn, to pick up the embargoed import version of LP5 the morning the guys at Tower Records said it would be available; I remember playing the second half of EP7 over and over again on headphones my first summer in Rome. Confield was the first full-length to be released after that.

Autechre hit that solipsistic sweet spot of being abstract but emotional at the same time; it was headphone music. There are all the affordances of dance music, but without the troublesome element of other people. This went all the way through: track titles were computerese, some sort of remixed English, and the graphics were abstract (or, with Amber, too perfect to seem real). The sound then was unrecognizable: it didn’t sound like anything. Now it sounds like plenty of other things; it sounds like synthesizers and drum machines, like dance music, if the dance music wasn’t particularly good at being dance-y and dignified that approach by saying it just wasn’t interested in dancing. Maybe it’s the sense of pure abstraction: there weren’t lyrics, and interviews with the two fellows behind the music didn’t really provide anything. The song titles are signifiers, though there’s not very much that can be read from them beside a love of technological obfuscation. Without sounds from recognizable instruments (for the most part) or much sense of how it might be made, the listener could hang anything he – it’s almost always a “he” – wanted on the music.

There have been a number of Autechre albums since then; I know I bought at least the next two, and maybe the third, though that looks less familiar. Another one just came out, and I dutifully listened to it, though I didn’t love it. The bloom came off the rose with Confield: I was disappointed with this record and never quite managed to get my enthusiasm back. Part of this was how important LP5 and EP7 had been: expectations build. There’s also the problem, of course, of what I wanted from the musicians: both to stay the same and yet to do something new, which isn’t really a nice place to put someone. Files calling themselves Confield had been floating around before the album was actually released; I dutifully downloaded them and liked them before finding out that they were fake: to the trash they went. After the actual album came out, I noticed that I’d liked the fake better than the real; that fake version seems to have vanished into the Internet, though I assume it’s still around somewhere.

Listening to it now, I wonder how many times I actually listened to this album. I expect that I listened to it over and over again on first getting, hoping that something would click and that I’d like it: that was something one did when there was an actual investment of capital in a record, when you had to justify why you’d spent L39,000 – is that number, the one I remember, really what I was paying for CDs then? – to find something worthwhile in that expenditure: music-buying was a strange thing. But I wonder if I ever pulled this CD out after 2001; it’s entirely possible that it’s sat in the CD-case in which I brought it from Rome since then. I can’t think of what would have impelled me to pull it out. Some of the sounds are nice (the first half of “Pen Expers,” for example, the metalic clanging in “Parhelic Triangle” that’s almost chiming), but the the rhythms remain arbitrary (the second half of “Pen Expers”) and don’t seem to justify their arbitrariness to my ears; there’s not a lot of melody, and one wonders whether the rhythms are entirely random. Nor is there much sense of drama, though there’s a hint of that in “Eidetic Cassein.” My taste in electronic music after 2001 tended towards the more regularly rhythmic: techno and house rather than this. I’d probably like more straightforward remixes of this, but I don’t know that anyone ever really bothered. A beatless version of this record might be very nice.

It’s interesting looking at dates now to realize how compressed the timeframe of my love of Autechre was: I would have bought my first record by them in 1996, and the romance would end in 2001, about five years. It seems much longer: maybe a lot was happening then. Up until this, there’d been something thrilling about the strangeness of each release: Autechre records didn’t sound like anything else. This one sounds like an Autechre record: but an Autechre record where they’re trying to be vexatious by not providing melodies. It’s a noisy record, like all Autechre records; but it’s not quite regimented noise, like the previous ones: rather, it seems to be noises for their own sake, rather than for any purpose. It’s hard to know what this record is for: it’s not something that can be casually listened to, as the unhinged rhythms keep jumping out, but it’s not quite danceable. Most of the tracks last six minutes when they would have been better left at two. Maybe it’s the problem of where the scene was then; even then, they had plenty of followers: I remember Funkstörung, but there must have been plenty of others. Aphex Twin had stopped being interesting by this point; the clicks & cuts aesthetic of Mille Plateaux and the rest of the Germans was clearly artier. With the Internet, it became very easy to find really strange things – this might be one of the dominant aesthetics of the past ten years – and the familiarly strange is left being just familiar.

Autechre played in the Brancaleone centro sociale some time near the end of the summer of 2001: I remember thinking that I really should go, as I’d never seen them live & they were supposed to be amazing. I didn’t end up going, being too disappointed in this album. Also, it’s worth noting, laptop shows at that point in time were by and large terrible. I am disappointed with myself for not going: probably Brancaleone itself would have been more interesting than the show. But the idea of waiting around with a bunch of other Autechre fans for something that we all enjoyed in solitude: that seemed like it might be going too far.